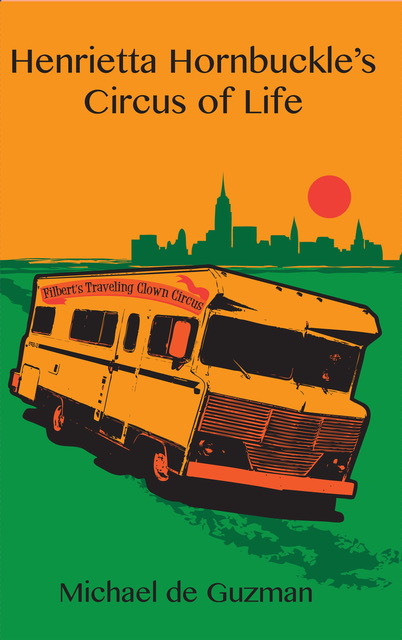 She stood at the stern of the ferry as it pulled away from the Connecticut shore. Her pale green eyes were fixed intently on the conning tower of the nuclear-powered submarine that was heading home to the naval base up the Thames River. She could just barely make out the hump of its back. It looked like a fake whale, she thought. She knew people lived in its belly for long periods of time. Ixnay had told her so. Ixnay taught her about the machines of the world. She tried to imagine what it would be like to live inside an enclosed place that was sealed shut, but she couldn’t. It didn’t matter that Ixnay had told her the food on submarines was good. A lot of ice cream. She loved ice cream, but not that much.

Henrietta needed an open window, like the one she was looking through now. She enjoyed watching the world pass by. That’s how it had always been. That’s how it would always be. She had the best life of any twelve-year-old on the planet. How could that not be true? She was a clown. So was everybody she lived with. She was aware of life outside Filbert’s Traveling Clown Circus. She knew that most people lived in houses or apartments. And that they traveled to get to work, and returned each night to the same place. She’d never been inside a house or an apartment. She’d never attended school. She’d never been taught by anybody who didn’t love her. Hers was an existence of freedom and movement. Who had it better than that?

"The clean, engaging third-person narration and rapid-fire dialogue distinguish this artfully concise novel about the inevitability of change, for better or worse. " --Kirkus (Starred)